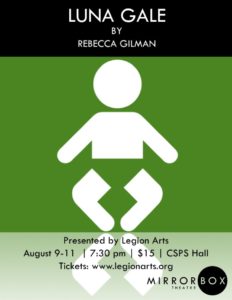 Luna Gale will be performed with
one fifteen-minute intermission 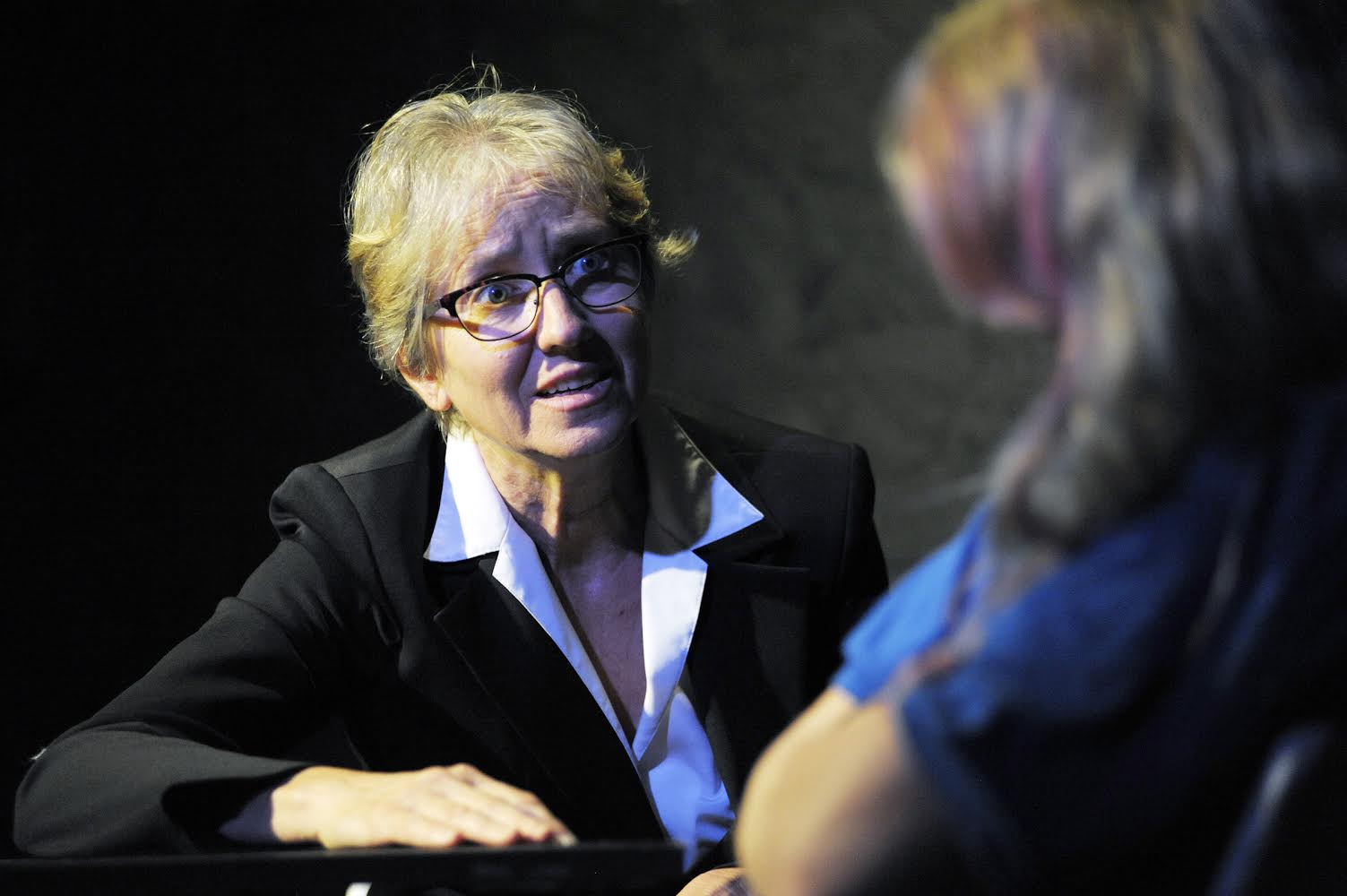 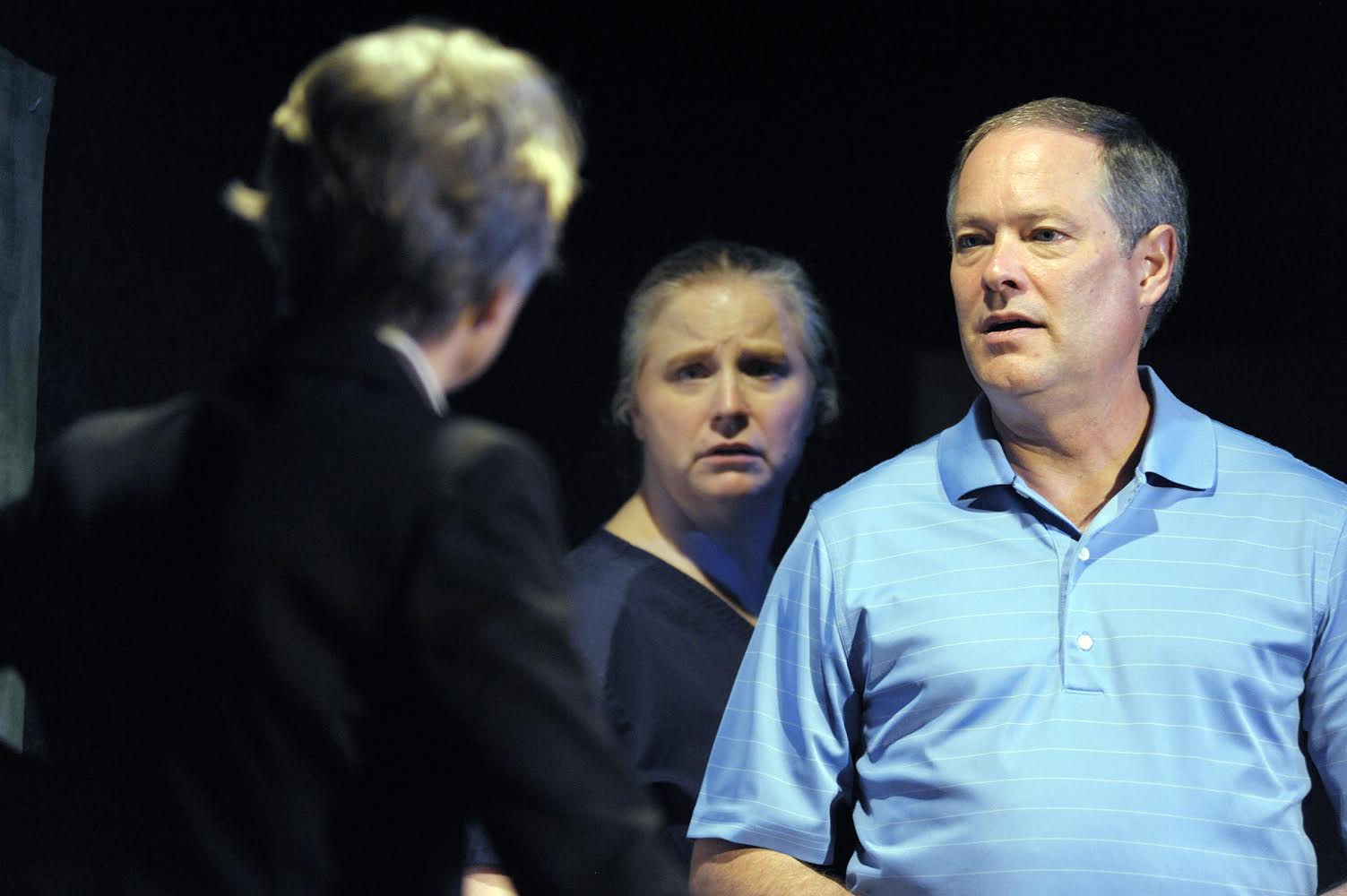 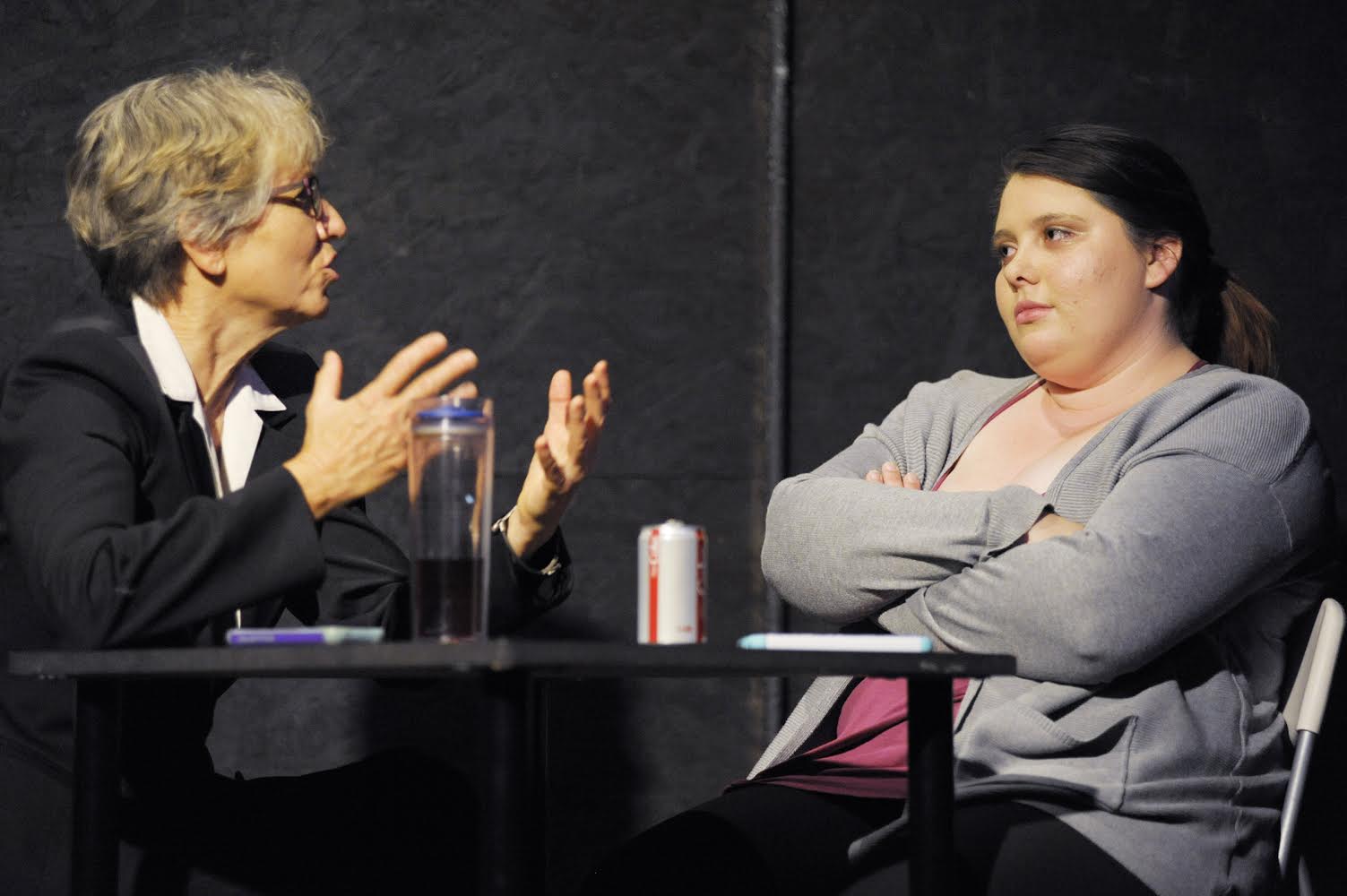 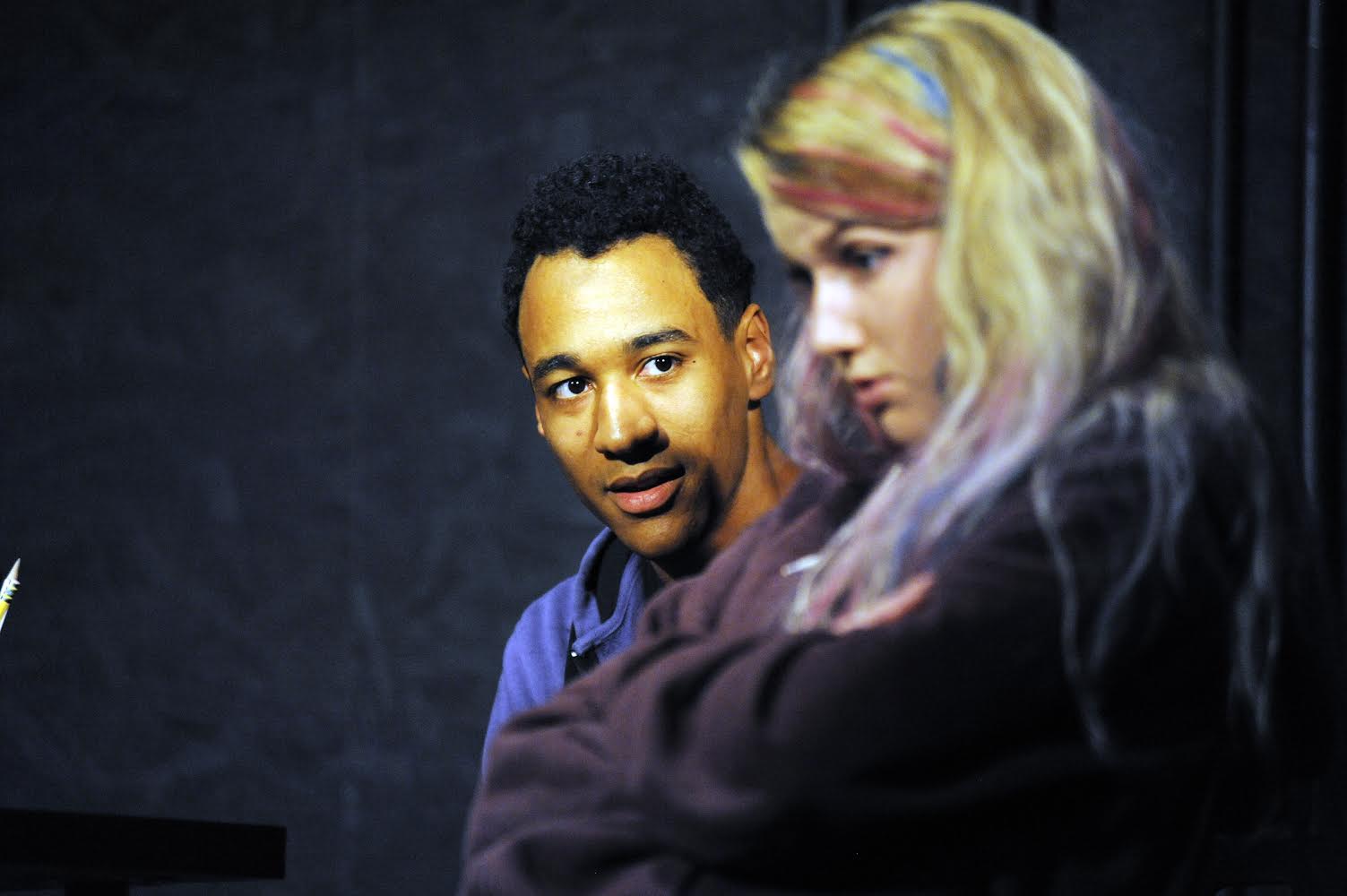 Nina Swanson is very happy to be a part of Mirrorbox Theatre’s inaugural season. She has been in theatre for many years, as an actor, choreographer, musician, and writer. Lately you may have seen her in shows for Revival Theatre Company, Old Creamery Theatre, Riverside theatre, Theatre Cedar Rapids, and most recently, The Classics at Brucemoore. She shares an acreage by Pinicon Ridge Park with her husband, and lots of tamed and untamed animals. In her daily life she teaches piano and is the music director at Unity Center of Cedar Rapids. She thanks Cavan for having the passion and creativity to bring this show to life in the town in which it is set!

Maggie is excited to have the opportunity to work with this talented and compassionate group of artists! She has appeared in the Corridor at Theatre Cedar Rapids (Abigail Williams, The Crucible), Coe College (Claire Harrison, Whose Life is it Anyway?), Giving Tree Theater (Almost, Maine), and the Foundry Performance Laboratory (Nina, Vanya & Sonia & Masha & Spike). She is entering her third year at Coe College, where she studies history and writing.

Caleb “The Negro Artist” Rainey is excited to be a part of the Luna Gale cast. He previously appeared with Mirrorbox as Donnie in Exit Strategy. He’s a spoken word poet who has performed at multiple events in Iowa City and Cedar Rapids. He loves cold thin mint cookies, so yes, his fridge is filled with them.

Kathryn is enjoying her first show with Mirrorbox Theatre! She has also been on stage at TCR, Giving Tree and SPT. When she is not performing, you might see Kathryn costuming for local theater companies as well as running her own sewing studio. Kathryn sends out her heartfelt thanks to Cavan & Jaime for all their amazing work in this production!

In addition to TCR, Matthew has worked with organizations throughout the Corridor, including Riverside Theatre, SPT, Giving Tree, Brucemore Classics, Working Group, Orchestra Iowa, City Circle, Iowa City Community Theatre, and The Foundry. “All my love to MJKS, KRLM, AT, SG, CO-FAM, and everyone who helped to make this production possible.”

Philip is honored to be telling this wonderful story along with these amazing cast members and directors. He has enjoyed performing locally with TCR, ITAC, SPT Theatre Company, The Giving Tree Theater, and the Brucemore Classics. Appearances at TCR include Rev. Parris in The Crucible, Jake in Neil Simon’s Jake’s Women, and the Underground production of The Summerland Project. Philip thanks his wife Kyle and his entire family for their support and mutual love of theater.

Angelica is a native Cedar Rapidian, who spends most of her time in Cedar Falls at the University of Northern Iowa where she studies Theatre. She has had a busy summer being a part of the casts of Brucemore's Classics and Children show: Picnic and The Lion, The Witch, and The Wardrobe. You may recognize her from her past shows like Rosencrantz and Guildernstern Are Dead at Theatre Cedar Rapids and Aladdin at Rich Heritage Theatre. Angelica has had a blast being a part of this amazingly talented cast. She wants to thank her parents and family for always giving her a chance to live out her dreams. Enjoy the show! 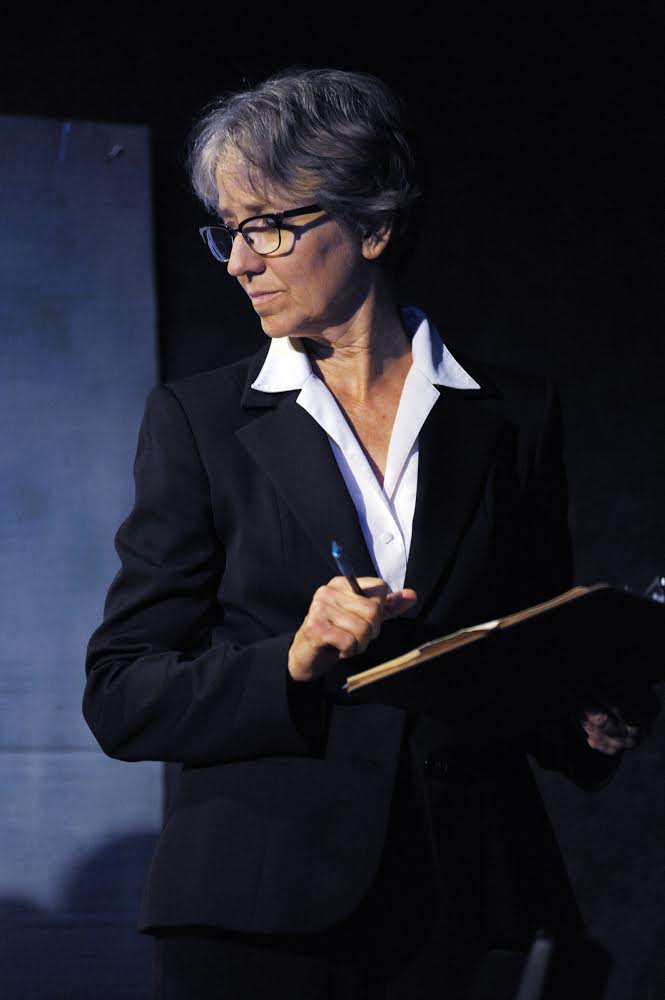 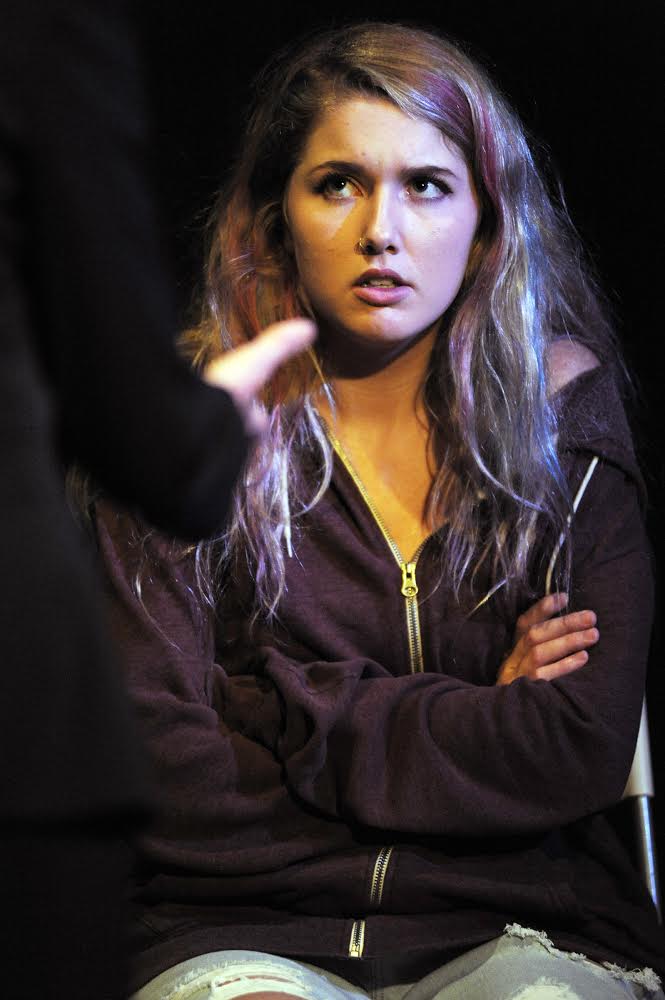 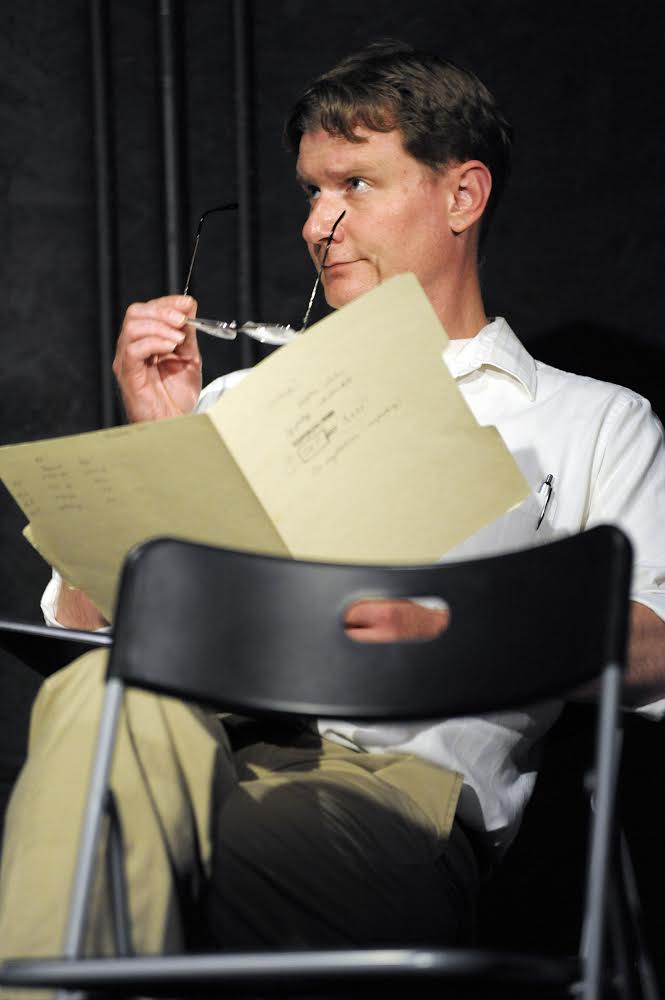 Rebecca Gilman is an artistic associate at the Goodman. Ms. Gilman’s plays include Luna Gale; A True History of the Johnstown Flood; Dollhouse; Boy Gets Girl; Spinning Into Butter; Blue Surge (all of which were originally produced by the Goodman); Soups, Stews, and Casseroles: 1976 and The Crowd You’re in With(also at the Goodman); The Glory of Living; The Sweetest Swing in Baseball and The Heart is a Lonely Hunter. Ms. Gilman is the recipient of a Guggenheim Fellowship, The Harold and Mimi Steinberg American Theatre Critics Association New Play Award, The Harper Lee Award, The Scott McPherson Award, The Prince Prize for Commissioning New Work, The Roger L. Stevens Award from the Kennedy Center Fund for New American Plays, The Evening Standard Award for Most Promising Playwright, The George Devine Award, The Theatre Masters Visionary Award, The Great Plains Playwright Award and an Illinois Arts Council playwriting fellowship. Boy Gets Girlreceived an Olivier nomination for Best New Play and she was named a finalist for the 2001 Pulitzer Prize for The Glory of Living. She is a member of the Council of the Dramatists Guild of America and a board member of the ACLU of Illinois. She received her MFA in playwriting from the University of Iowa. Ms. Gilman is an associate professor of playwriting and screenwriting at Northwestern University as part of its MFA in Writing for the Screen and Stage program. She is the recipient of a Global Connections Grant by Theatre Communications Group and an American Scandinavian Foundation Creative Writing Grant.

Jaime Hein (Stage Manager) is very excited for the chance to work on this incredible show with this amazing group of people. She has many credits on and off stage, including SM for the last two New Play Festivals, AD/SM for Dead Man's Cell Phone & The Bully Plays at TCR and ASM for Apples in Winter at Riverside Theatre. When not hanging around the theatre scene Jaime is working full time at ESP International and taking care of her favorite dog, Dudley. Many thanks go out to Cavan and the entire cast of Luna Gale. Also, thanks to Anna for helping out with Dudley and Dudley for letting mom be gone nights.

Jim Vogt (Marietta College 2012) is a Lighting designer, actor, singer, and theatrical technician in the corridor area. He is excited to work on his third show here with Mirrorbox Theatre having designed lights for Exit Strategy and Red Speedo. Jim currently serves as an Artistic Associate with the Old Creamery Theatre in Amana. Some favorite past productions include Vanya and Sonia and Masha and Spike (Spike), Footloose (Chuck/Lights), and Billy Bishop Goes to War (Lights). A big thanks to Mirrorbox Theatre for this opportunity, and lastly, thank you CL.

Cavan Hallman's writing has been performed in NYC, New Orleans, Chicago, Ireland, on screen, and on educational tours. Heartland Plays recently published his adaptation of ...Sleeping Beauty. He directed the world premiere of the musical Pictures of Marilyn at the National WWII Museum, named one of the ten best musicals of 2016 by The New Orleans Times-Picayune.

In Eastern Iowa he has worked with Theatre Cedar Rapids as a performer, director, and teacher; directed for Playtime Poppy's Summer Theatre Adventure; performed his solo show at RAYGUN, and worked as a writer and performer for SPT's Tales From the Writer's Room. He is currently collaborating on a new musical with  Nancy Hill Cobb. His next directing project will be the final show of Mirrorbox's inaugural season, There Is a Happiness That Morning Is. 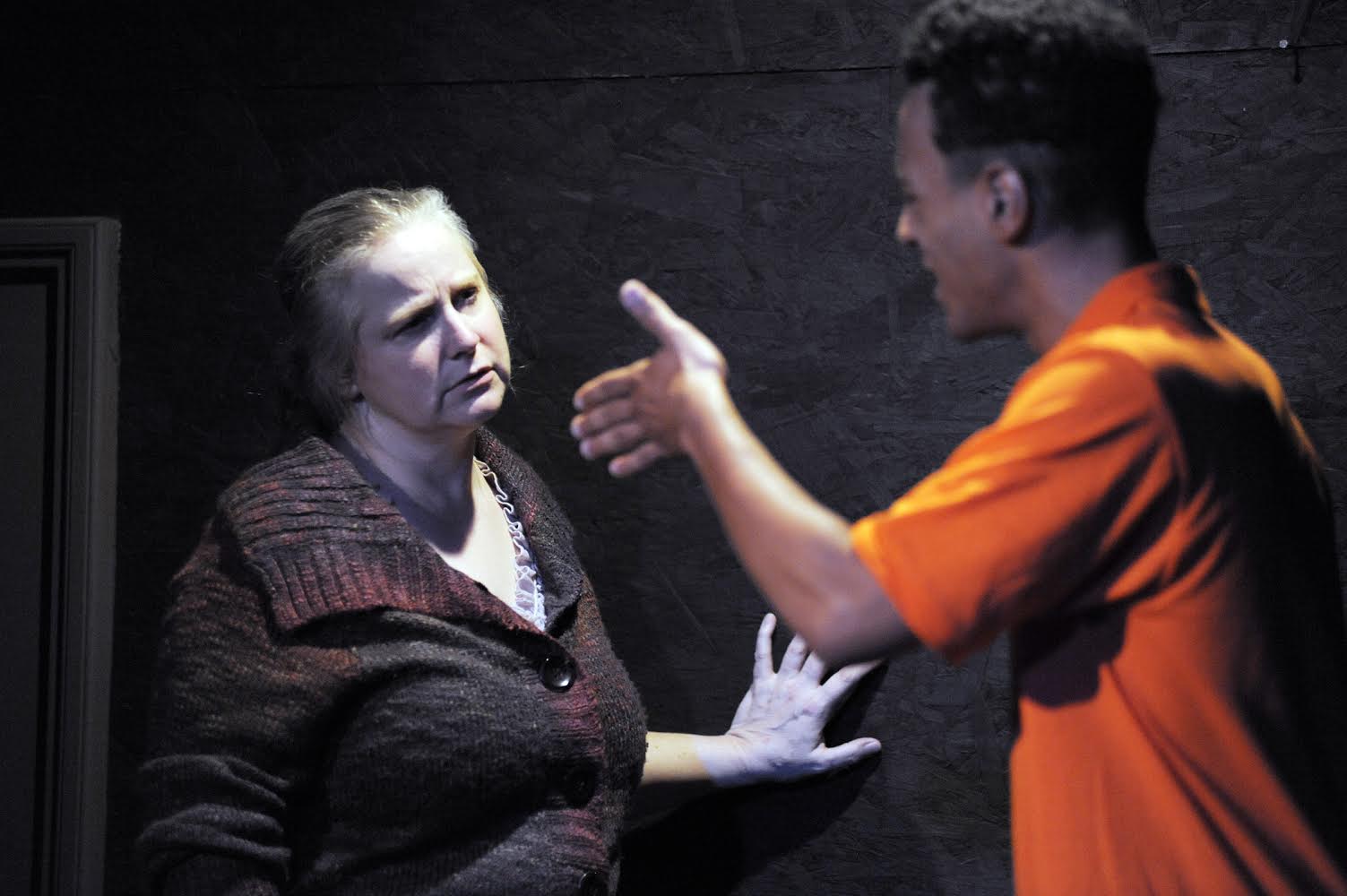 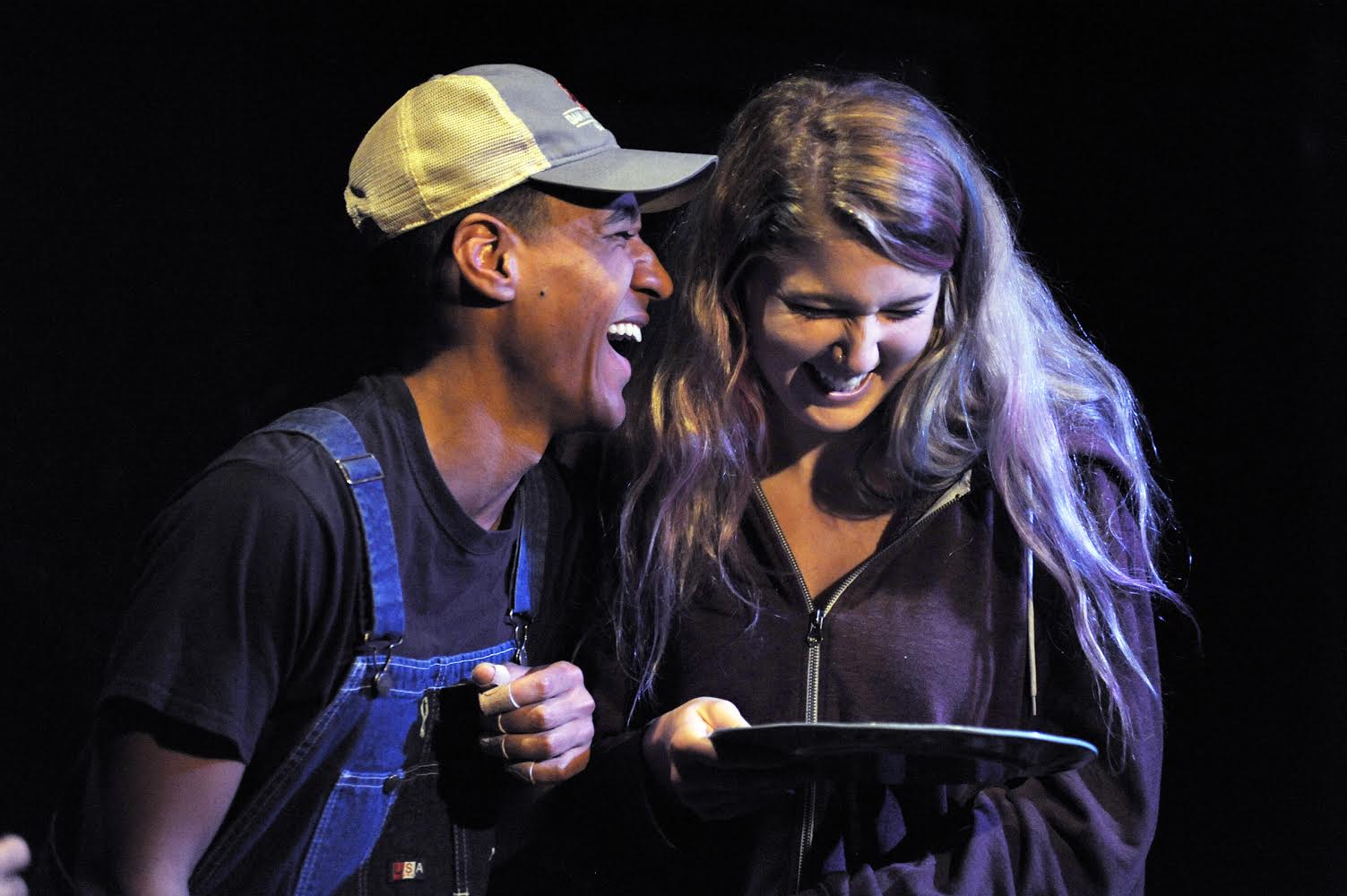 Our next production is There Is a Happiness That Morning Is by Mickle Maher
November 1 - 3 at C Space
See you at the theatre!